This indicator is derived from the original Bollinger indicator.

Bandwidth is a measure of the width of the Bollinger Bands.

This is an oscillator, based on the theory that stock indexes price and volatility occurs in cycles.

When volatility is high, bands are far apart, the bandwidth will also be wide apart.

When volatility is low, Bands are narrow and the bandwidth indicator will also not be narrow.

The blue line represents the highest Bandwidth value for a previous number of periods.

The red line represents the lowest Bandwidth value for a previous number of periods.

Bollinger Bandwidth is used to identify the squeeze, which is a consolidation period of indices price, after which the stock indexes price then breaks out in a particular direction.

Signals are generated when there is a indices price breakout signal is generated by the indicator starting to go up after touching the red line. When the bandwidth line starts to move up it signifies that volatility is rising as the stock indexes price is breaking out. 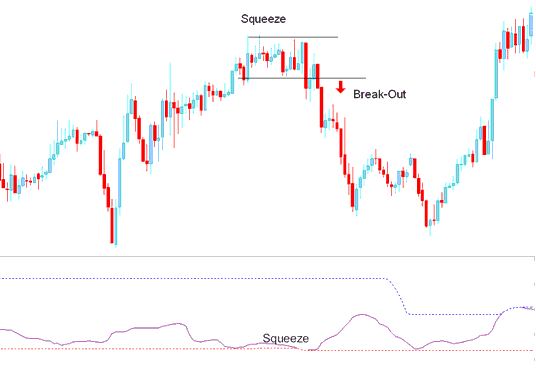 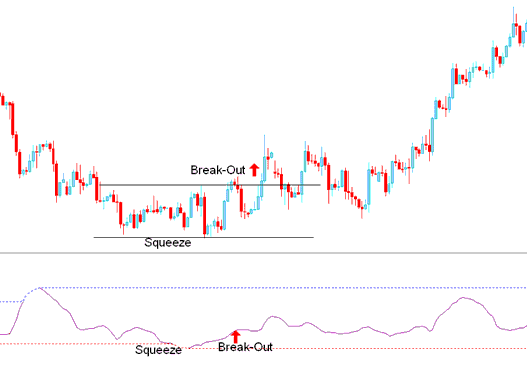 However, this is a directionless indicator and needs to be combined with another indicator such as the moving average to determine the direction of the trend/ Breakout.