Stock Indexes McClellan Histogram Expert Advisor rules can be combined with other indices indicators to come up with other EA Indices Trading Robots that trade using rules based on two or more indicators combined to form a stock indexes trading system.

The McClellan Histogram is a graphical representation of the McClellan Oscillator and its signal line. This difference between the two is drawn as a histogram.

This is an oscillator indicator, the center line is the zero crossover mark which is used to generate buy and sell stock indices signals. 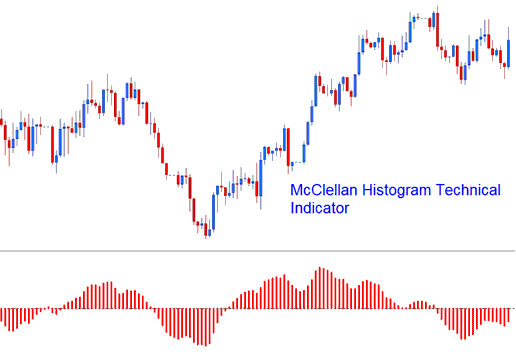 There are two fundamental techniques for using this indicator to generate stock indices signals. 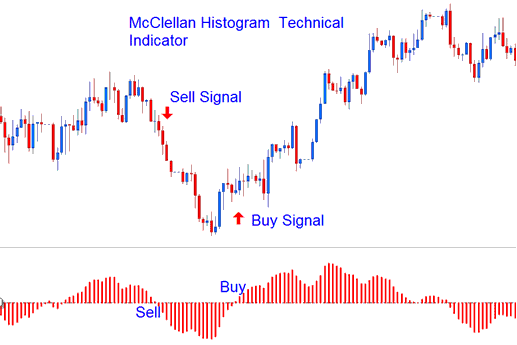