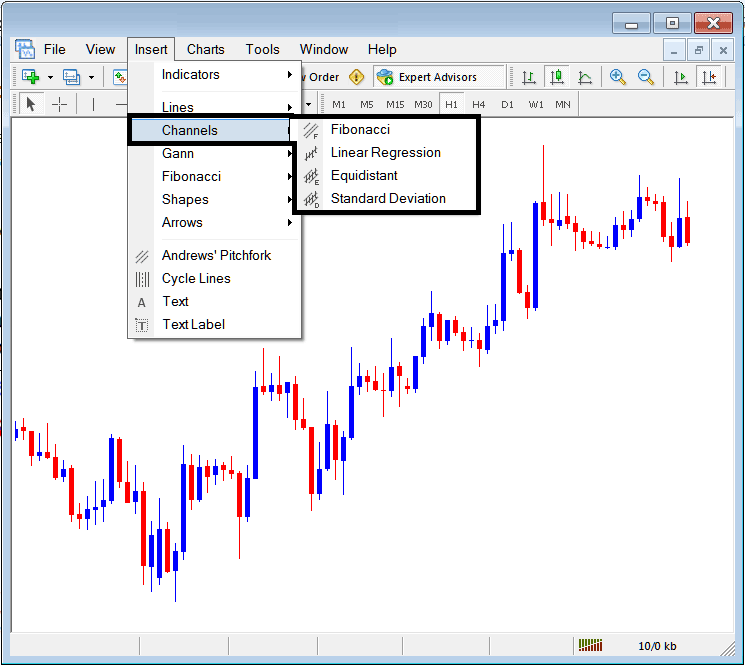 The channels that can be placed on the stock indexes trading charts are shown on the channels button menu are:

All these channels have different stock indexes trading technical analysis and are drawn differently on the MetaTrader 5 Indices charts.

Fibonacci Channels is a type of channel that is automatically drawn by this Fibonacci Channels button, To draw these Fibonacci channels, a Indices trader selects two points where to draw the same way a indices trend line is drawn on the MetaTrader 5 Indices Trading Platform, once this indices trend points are joined, the Fibonacci channels drawing tool uses these points to draw the first indices trend line and then automatically draws another 5 lines that form channels - these channels are used as profit taking levels to book profits once the stock indexes price reaches these points. 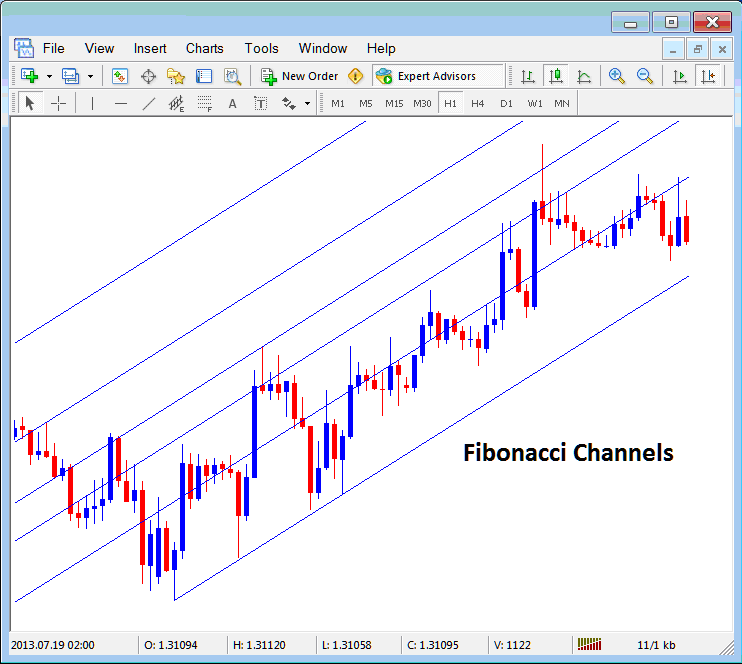 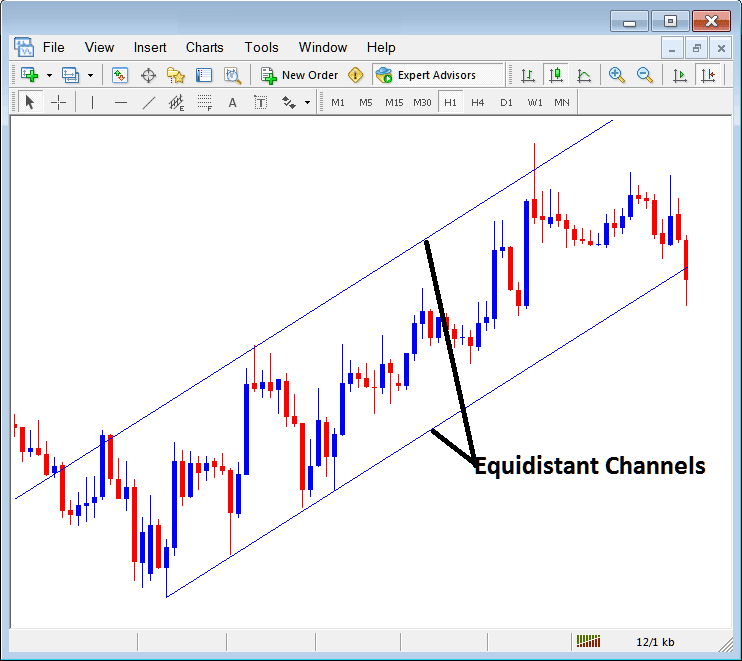