The TSI is drawn as a blue line, the indicator also plots a signal line which is drawn as a red line, and these two lines are used to generate crossover signals. 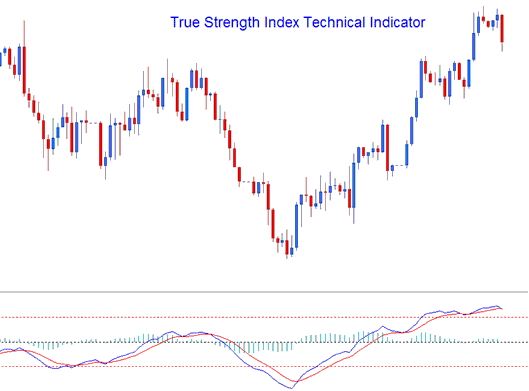 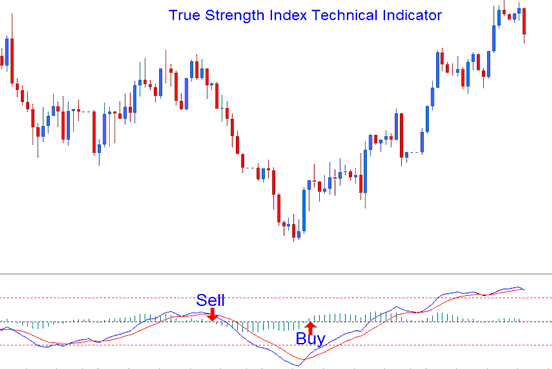 This signal is the same as the one above and the timing corresponds to the time when the histogram crossovers happen.

Divergence is used to look for potential indices trend reversal point of indices. The reversal divergence setups are:

This can be used to identify overbought and oversold conditions in stock indexes price action movements.

Trades can be generated when the TSI crosses these levels.

Buy signal - when the levels cross above -25 level a buy is generated.

Sell signal - when the levels cross below +25 level a sell is generated. 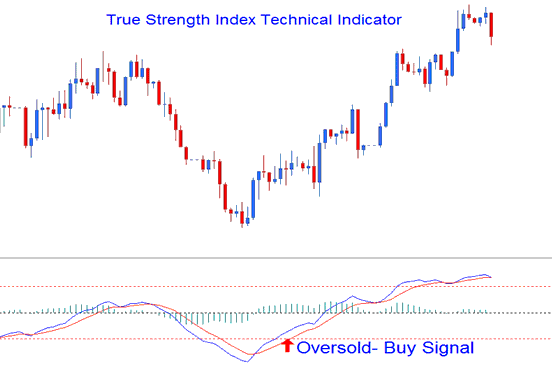 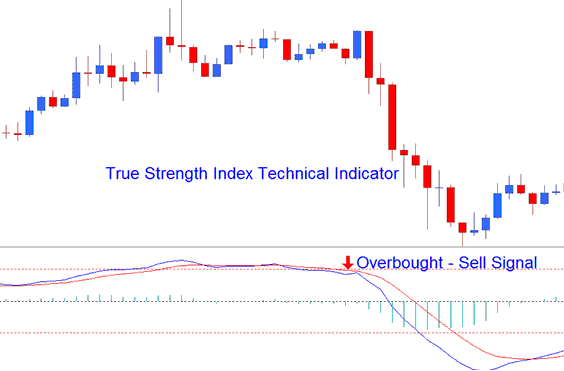 
The overbought/oversold levels are indicated using horizontal lines drawn at the +25 and -25 levels.